First Cut of the Year

First Cut of the Year.

1st April and the first cut of the Vajraloka lawns. The winter has been relatively mild after the cold and snow of the last year when we had to walk people out from two of the retreats because the road was blocked with snow. Spring and early summer are a lovely time to come on retreat at Vajraloka. The bluebells in the dell area now emerging from the ground for their beautiful display in a month or so’s time and the birds are beginning to really sing the change of season in. 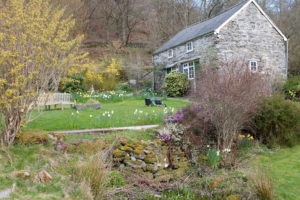 but we still have places on a number of our retreats between now and then.